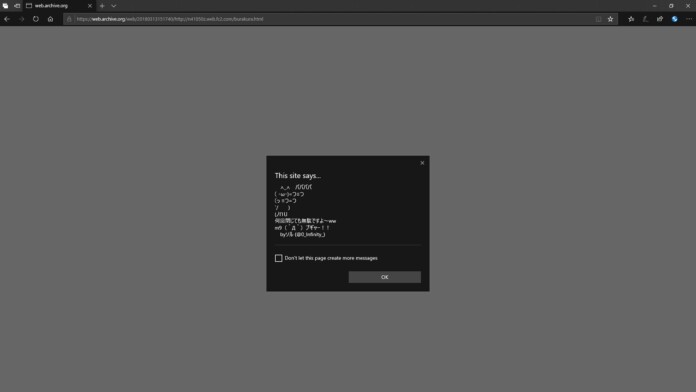 A 13-year-old female student from Kariya, Japan, was questioned by local police for distributing malicious code online. She was linking code from an online message board that causes an infinite loop of alerts which cannot be stopped. Other individuals linking the code were also investigated by the police including a 47-year old construction worker. The 13-year old responded to the charges stating that she simply found it funny and wanted to share it with others as a prank.

While desktop browsers can handle the malicious code without any trouble, phones either crash or force you to restart to get rid of the message. The code by itself does not do anything illegal in nature, as it simply creates an infinite loop of messages. The police from Japan investigated the user logs of the individuals and discovered that others on the internet were linking the code as well.

None of the individuals who were investigated by authorities in Japan seem to have written the code. A Twitter user has been referenced in the code, but it belongs to a protected account. However, the user has left a message in the bio section stating that the code was written in 2014 and there should not be so much fuss about it.

People in Japan have protested against the local authorities making arrests over the issue and have stated that the charged individuals committed no crime. Tokyo developer Kimikazu Kato has created a GitHub page called Let’s Get Arrested. Branches from the page create infinite loop alerts similar to the one that stirred up the local authorities.

What do you think about authorities in Japan taking action against individuals spreading prank code? Let us know in the comments below. Share your thoughts below or on our socials at Facebook and Twitter.

Emsisoft Releases Decryption Tool for Most Variants of the STOP Ransomware