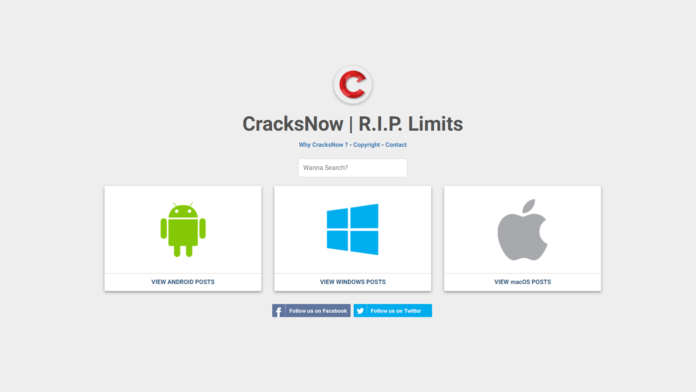 One of the most popular torrent uploaders out there, CracksNow, has been banned from several torrent sites after repeatedly trying to propagate malware and ransomware tools through the files that he/she shared. Sharing malicious software through game cracks isn’t something new, as peer-to-peer (P2P) networks are riddled with menacing scripts that take over the systems of pirates. However, having a well-known uploader turn rogue against a dedicated user base isn’t something that happens every day.

The positive element with the CracksNow ban stems from the apparent reflexes of the torrent sites that responded to the user reports. This moderation is the only measure that can protect torrent users, so it’s good to see that there is a certain level of files scrutiny on that part. A spokesman and senior admin of 1337x told TorrentFreak: “He was banned by myself because I found ransomware in his uploads. I also checked the same uploads from him on a couple other torrent sites and got the same results. I immediately alerted their staff about it so they could investigate and take appropriate action, which they did.”

The admin found fresh versions of the GandCrab ransomware, one of the most widespread pieces of malicious programs lurking on P2P network platforms right now. CracksNow was previously a trusted uploader for a long time, having a presence on multiple torrent platforms beyond 1337x, like the PirateBay, Demonoid, GloTorrents, and the TorrentGalaxy. All of those have now banned the user but kept older torrents that were found to be clean. That said, if you still see a CracksNow torrent on the above sites, it’s probably safe to download and run.

Have you been following CracksNow or ever used any of the recent offerings on the website? Let us know of your experience with them in the comments section beneath, and don’t forget to check our socials on Facebook and Twitter to check out what else is on in the tech world today.

The Creator of the Mariposa Botnet Got Arrested in Germany