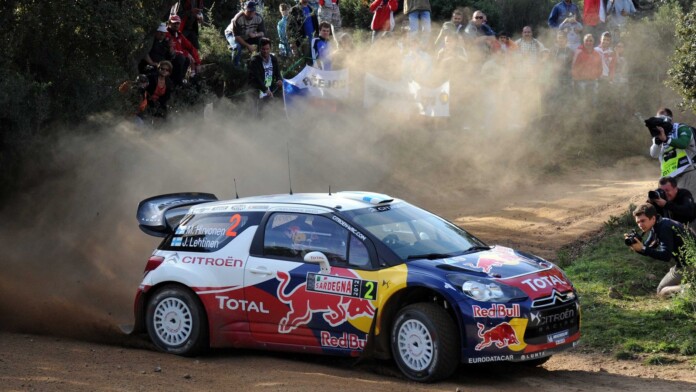 The World Rally Championship is underway and we’re excited to watch this year’s races online. Will you join us?

The WRC Championship is here for drivers and manufacturers and it regularly takes place over three days. There are multiple stages throughout the year, so you’ll be occupied for a long time.

In 2019, the World Rally Championship was won by Ott Tanak, the co-driver’s champion was Martin Jarveoja, while the manufacturers’ champion was Hyundai Shell Mobis WRT. It remains to be seen whether they’ll manage to win this year too.

In 2020, the WRC is divided into thirteen rounds that take place all over the world. Originally, there were supposed to be fourteen rounds, but the event in Chile was canceled due to ongoing political unrest. The organizers wanted to replace the event but were unable to do so. Either way, you can go ahead and check the full calendar for the year:

As mentioned, the WRC 2020 events are broadcast by Eleven Sports Network. If you’re going to watch this channel online, then the best option for you is fuboTV, which is a great single-bundle platform. This one features dozens of TV networks, and you can even add a bunch of premium networks. In fact, you’re going to need this because the channel is available via the International Sports Plus pack. This one will cost you an extra $5.99 per month. Start your 7-day free trial on fuboTV now!

There are also loads of premium networks available for those seeking more content. fuboTV works on pretty much any devices in your home, including iOS and Android phones and tablets, Apple TV, Fire TV, Android TV, Chromecast, Roku, and more. (Note: fuboTV is a service that only works in the United States, so you’ll need a VPN if you’re going to travel outside of the country. Click here to find out what you have to do.)

Here’s how you can set up your 7-day free trial on fuboTV:

WRC+ – Another option for those who want to watch the WRC races is with the help of WRC+, which is the official video platform of the FIA world rally championship. The monthly pass will cost you 8.99 Euro per month, or 89.99 Euro for a year-long subscription. Subscribing to WRC+ will give you access to all stages live, which is some 25 hours of live coverage for every rally, as well as live TV studio with expert analysis and behind the scene stories. Plus, you can also view live maps, onboard videos, highlights, videos on demand, and have access to a live stream rewind feature. WRC+ works on smart TVs, iOS and Android phones and tablets, but you can also watch on your computer via the browser. The platform is available worldwide.

If you chose to subscribe to fuboTV, you should know that the platform is geoblocked, like most live TV and streaming services are. Basically, the site can’t allow you to watch when traveling abroad due to licensing deals, so you’re going to have to get creative. What we mean by that is that you’re going to need a VPN to help you bypass the blockade by changing your IP address.

We think that one of your best options is ExpressVPN, which is one of the best tools on the market, with thousands of servers all over the world, and dozens of them in the US, as well as some great privacy features.

Here’s how you can use ExpressVPN to help you watch WRC 2020:

How Can You Watch WRC 2020 in the UK, Germany, Australia, or Canada?

New Sextortion Botnet Spotted in the Wild and Getting Out of...